RETURN TO ABOUT SUMMARY PAGE.

About An Infinity of Traces Blog 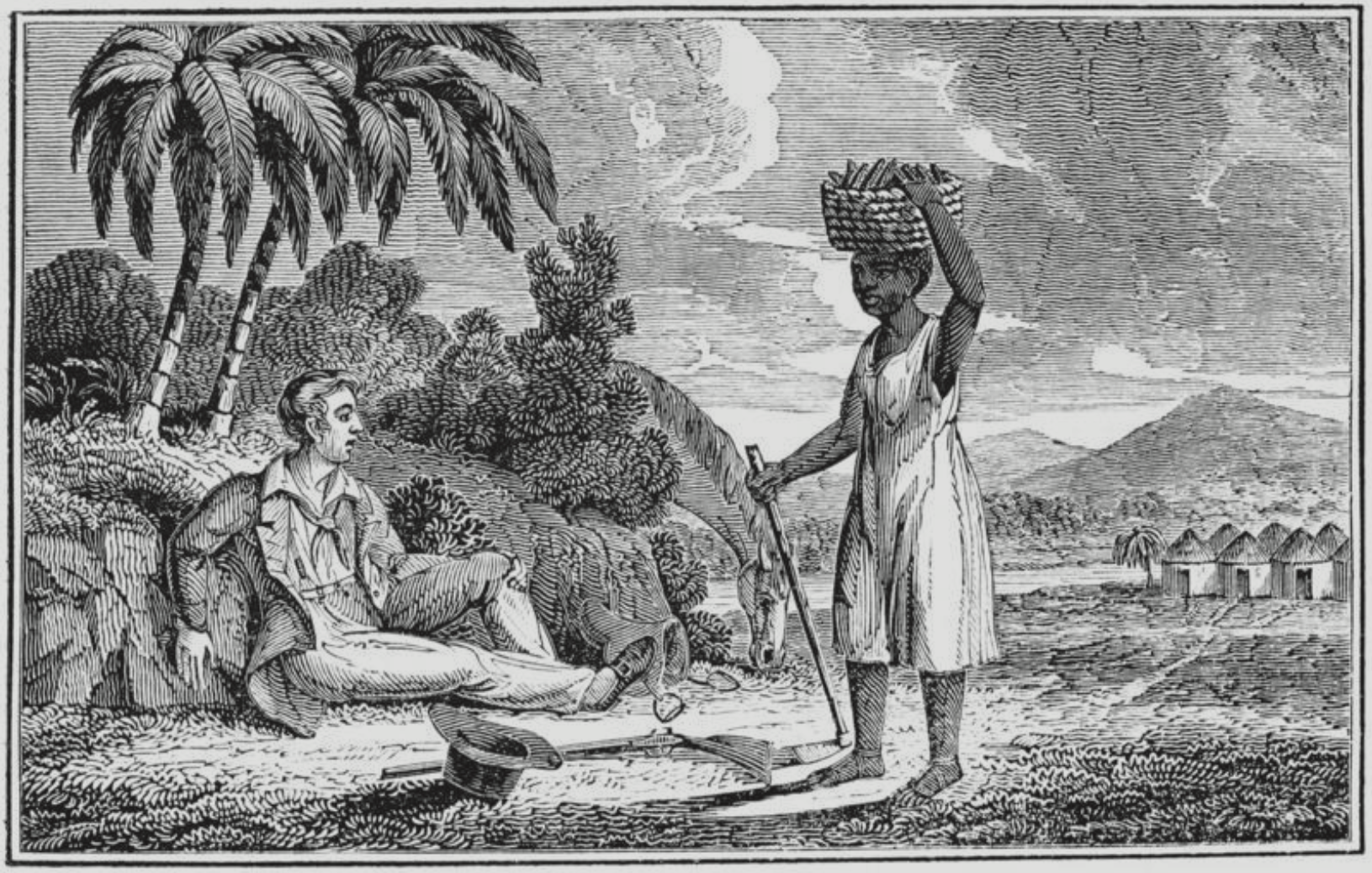 A FEW DAYS after arriving in Jamaica for the first time in 1981, my companion Merrise and I were walking along St James Street towards Sam Sharpe Square in downtown Montego Bay when an old woman, wearing a headscarf and looking not unlike the depictions of Nanny of the Maroons on contemporary Jamaican 500 dollar notes, came up to me, looked hard into my eyes for a moment and then said: “Buckra man.” I stared back at her and for a few seconds she held my gaze before disappearing into the crowded street. I looked at Merrise and asked her: “What did she mean? What is a buckra man?”

“A buckra is a white man,” she replied. “But, as you are starting to realise, to be a white man in Jamaica implies a lot of other things. So buckra man is a man with special privileges and authority. A buckra is a boss. It’s a word that comes from slavery days.”1

“But I’m not a buckra man,” I protested, thinking about the mounting bill on my credit card. “I’m a poor white man trying to impress his girlfriend.”

“There’s no such animal,” came the instant retort. “In Jamaica no white man could possibly be poor.”

We walked on for a few moments in silence. “OK,” I finally conceded. “I can see that history is against me. But why did she walk up to me like that and stare at me so hard?”

“Perhaps she recognised you,” came the uncomfortable reply. “Perhaps you look like a buckra she knew when she was a little girl.”

There was something rather disconcerting in this notion of my having left a trace in history, of having had a previous life as a different person. Worse still was the realisation that it was this history that determined how I was seen now – possibly even in the eyes of the woman I had so recently fallen in love with.

I had never thought of myself as a buckra man before: in fact, until that moment, I had never even heard of the word. But, as the days passed, I began to realise that it was difficult for a white man in Jamaica to be thought of as anything else.

It has taken me a long time to come to terms with this. Immediately after the conversation, I remember walking along feeling confused and somehow cheated.

I was, I kept telling myself, trying very hard to focus on understanding something about black history, black people and their cultures. But every question I asked prompted another question – about myself, my identity and the history of buckra man.

For a long time, I resisted attempting to compile such a history; I thought it was not central to my project. But, of course, in many ways it is the most important part. Although I published the results of my initial work and research in Black Heart Man in 1986, I have continued to read, research, study, interview and collect materials around the history of black-white relations since Columbus first set foot on the island of Guanahani (as the native Taino people called it and which the Admiral of the Ocean Seas promptly renamed San Salvador) on Sunday October 14, 1492.

The inspiration for these web pages came from an essay by George Lamming – Western Education and the Caribbean Intellectual – in which he challenges the traditional, conservative ways of determining who are to be socially recognized as ‘intellectuals’.2 As with all of Lamming’s writing, the essay is full of provocative and challenging observations, but the thing that stuck in my mind initially was the quote from the Prison Notebooks of the Italian philosopher Antonio Gramsci with which Lamming prefaced his essay:

“The starting point of critical elaboration is the consciousness of what one really is, and is knowing oneself 3 as a product of the historical process to date, which has deposited in you an infinity of traces, without leaving an inventory.” 4 Gramsci goes on to say that “such an inventory must therefore be made at the outset”, which I understand to mean that cultural critics must set about ordering “traces” of imperial history into a record that constitutes a body of knowledge to challenge what Stuart Hall called “the profound historical forgetfulness – what I want to call the loss of historical memory, a kind of historical amnesia – which has overtaken British people about race and Empire . . .” 5

So I have brought together excerpts, quotes and snippets – eventually I hope to publish at least one for every day of the year – from a diverse variety of historical and contemporary sources to attempt to create a new historical memory of Europe’s relationship with Africa and the islands of the Caribbean since the advent of the Atlantic slave trade.

Talking about this business of compiling an inventory of the infinite traces, Edward Said said: “This seems to me to be the most interesting human task, it’s the task of interpretation, of giving history some shape and sense in order to understand my history in terms of other people’s history. The great goal is to become someone else, to transform oneself from a unitary identity to an identity that includes the other without supressing the difference.”6

1. Apparently from an African language; cf. mbakara ‘master’ in E k, a language of the Ibibio people of southern Nigeria. Webster’s Revised Unabridged Dictionary says in the language of the Calabar coast (Nigeria), buckra, means “demon, a powerful and superior being.”

2. Lamming considers that all labour that cannot be accomplished without some exercise of the mind – he mentions fishermen and farmers, for example – and suggests that if we do not regard them as cultural and intellectual workers, it is because of the social stratification which is created by the division of labour and the legacy of an education system which was designed to reinforce such a division in our modes of perceiving social reality. Lamming goes on to invoke the figure of Walter Rodney and he praises the ability of the academic-activist to ‘break with the tradition he had been trained to serve’, while seeking greater knowledge from the social experience of the oppressed.

3. Know Thyself was the inscription written above the gate of the Oracle at Delphi and became a principle of Socratic philosophy.

5. From a public talk given by Stuart Hall in London in May 1978, which was then broadcast by the BBC in July of the same year and published as part of series looking at race relations in the UK Five Views of Multi Racial Britain, CRE, London 1978.