Columbus and the decisive moment in Caribbean history 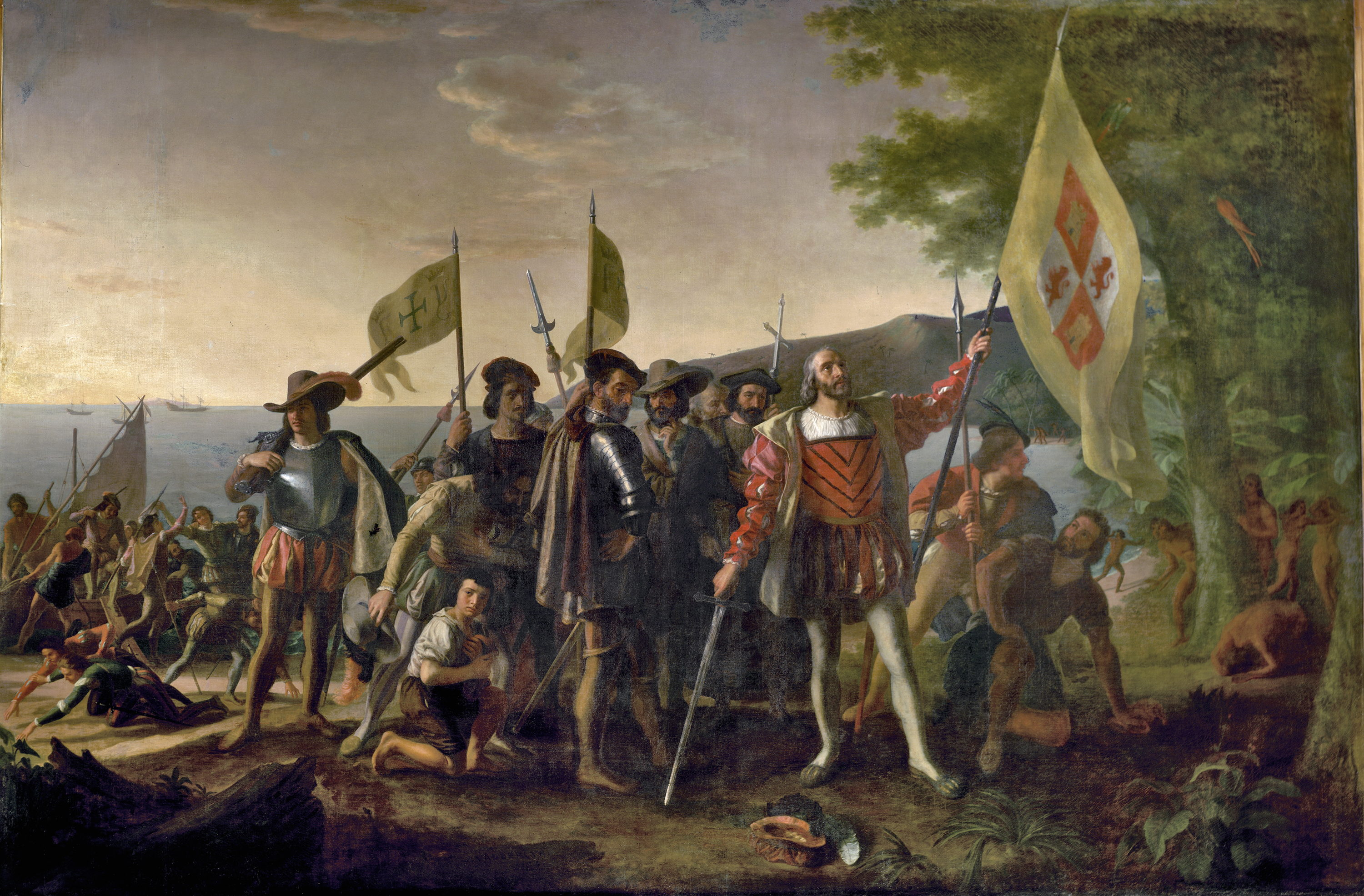 THIRTY FIVE days after leaving Gomera in the Canary Islands, on his first voyage to the New World, Christopher Columbus sighted an island which the native Taino people called Guanahani, and which he renamed San Salvador (Holy Saviour). He landed on October 12 and then sailed around the island. This is an excerpt from his log.

“At dawn, I ordered the ship’s small boat prepared and the boats belonging to the caravels and went along the island toward the north-north-east to see the other part of it, which was the opposite part from the east and also to see the villages: and I saw then two or three, and the people all came to the shore calling us and giving thanks to God; some brought us water, others brought other things to eat. Others when they saw that I did not care to land threw themselves into the sea and came swimming and we understood that they asked us if we came from heaven. An old man came in to the boat and the others called loudly to all the men and women: Come and see the men who came from heaven: bring them something to eat and drink. Many came and many women, each one with something, giving thinks to God, throwing themselves on the ground and lifting their hands toward heaven, and afterwards they called loudly to us to go to land; but I was afraid because of seeing a great reef of rocks which encircles all that island and the water is deep within and forms a port for as many ships as there are in Christendom: and the entrance to it is very tortuous. It is true there are some shoals in it, but the sea does not move any more than in a well. And I went this morning in order to see all this, that I might be able to give an account of everything to your Highnesses and also to see where I might be able to build a fortress, and I saw a piece of land formed like an island, although it is not one, on which there were six houses, but which could be made an island in two days. Although I do not believe it to be necessary, because this people are very simple in matters of arms, as your Highnesses will see by the seven which I took captive to be carried along and learn our speech and then be returned to their country. But when your Highnesses order it, all can be taken, and carried to Castile or held captives on the island itself, because with 50 men all can be subjugated and made to do everything which is desired.” (1)

In his essay Western Education and the Caribbean Intellectual (2), George Lamming writes: “The Admiral of the Ocean Sea, a man who sailed with the absolute conviction that God had destined him to be His divine instrument for spreading the faith; this sailor had hardly set eyes on those noble savages before the thought occurred, and most naturally, ‘ . . . we could subjugate them all and make them do whatever we want’. (a slight difference in the translation from the one I quoted above but the sense is clear enough). Subjugation and servitude became the logical instruments of social intercourse between Europe and all others. From the day of Columbus’s arrival, the ideology of racism became the foundation of all Caribbean history which, for the next three centuries, would be decided by force.”