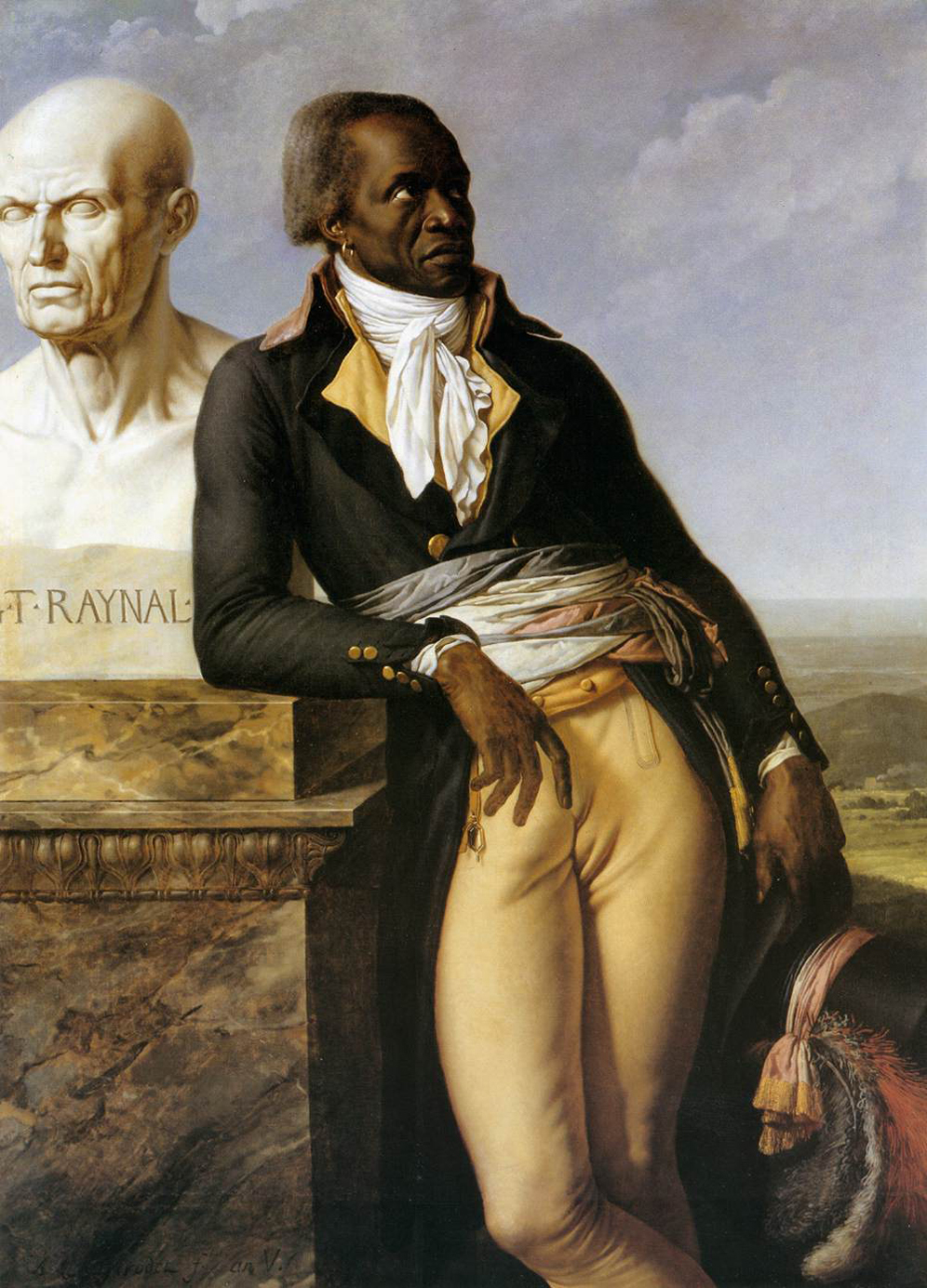 A portrait of Jean-Baptiste Belley-Mars by Anne-Louis Girodet de Roucy-Troison. This portrait is still on display in the chapel of the Palace of Versailles. The marble bust behind him is that of the Abbé Raynal, a priest and prominent 18th century abolitionist

Belley-Mars was kidnapped by slavers on the island of Gorée near Dakar in Senegal and shipped to the French colony of Saint-Domingue (now the Republic of Haiti). He subsequently purchased his freedom from his owner, enlisted in the military and served in a contingent of black and mulatto troops called Volunteer Chasseurs that was sent to fight against the British in Georgia during in the American war.

Several men who later became leaders of the Haitian Revolution, such as Henri Christophe, André Rigaud, Louis-Jacques Beauvais, Alexandre Pétion, and Julien Raimond, served with French forces in the American Revolution. They were among 545 black Volunteer Chasseurs and fought in Savannah, Georgia, in 1779. They acquired crucial military experience along with absorbing the new republic’s founding ideals of freedom and equality. Jean-Baptiste was only 16 at the time. Returning to Saint-Domingue, he became a successful planter with a penchant for politics.

News from France in 1789 of the storming of the Bastille set in motion revolution in Saint-Domingue and pitted whites (grands blancs and petits blancs) against black slaves and mulatto freedmen led by Toussaint L’Ouverture. When in 1793 the Jacobin Léger-Félicité Sonthonax was dispatched to administer the colony, Belley-Mars, now a middle-aged officer, joined him in crushing a rebellion of the whites opposing L’Overture. As a reward for his loyalty, Belley-Mars was one of three men – and the only black person – elected to represent the colony at the Convention Nationale in Paris.

Le Moniteur Officiel reported on February 4, 1794, that after having their credentials authenticated, the three delegates from Saint-Domingue were welcomed into the hall of the Convention with exuberant applause, hugs, and, as customary in France, kisses on both cheeks. The next morning, Belley-Mars further secured his place in history when he delivered to the Convention a lengthy, emotionally-charged speech which denounced the inhumanity of slavery and demanded its abolition.

Carried away by the moment, a white delegate rose to voice his shame and rebuked the nation for the horrors it allowed in the colonies. Then, by acclamation, the Convention voted to end slavery. Belley-Mars returned to the rostrum to receive embraces and unrestrained congratulations.

As a result of his his new-found celebrity, he extended his stay in France, survived the Reign of Terror and served on the Council of Ancients and the Council of Five Hundred. Finally, before returning home to Haiti in 1797, he posed for a portrait by Anne-Louis Girodet de Roucy-Troison. This portrait, still on display in the chapel of the Palace of Versailles, has best preserved the memory of the former slave and abolitionist leader. The marble bust behind him is that of the Abbé Raynal, a priest and prominent 18th century abolitionist.

Events took a dramatic turn in 1799 when Napoléon Bonaparte seized power. He had married Joséphine Tascher de la Pagerie who had been born into a slave-owning family from Martinique. It is uncertain whether his views on race were influenced by his wife, but what is certain is that Bonaparte reinstated slavery in May 1802. This was soon followed by a flurry of racial laws, including the dismissal of all Black officers from the Army. This measure affected 12 Generals, including Thomas-Alexandre Dumas, father of the great novelist. Interracial marriages were also outlawed and persons of African descent were even denied the right to reside in continental France.

In 1802 Napoleon Bonaparte sent an army to Saint-Domingue to re-establish slavery and defeat the blacks led by Toussaint L’Ouverture. Belley-Mars, now serving as a constable, was persuaded to oppose the brutal tactics of the French. Because of that opposition, he was forced to return to France, immediately arrested, and imprisoned at the notorious Belle-île Prison where he died on August 6, 1806 at the military hospital.