Lady Nugent: Breakfast in the Creole style “as astonishing as it was disgusting” 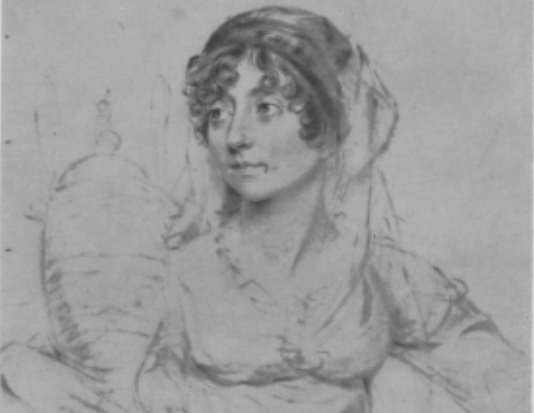 In the social history of the Anglophone Caribbean, one personal journal has long reigned supreme as a historical source. Best known as Lady Nugent’s Journal, it is the record kept by Maria Nugent, wife of a governor of Jamaica, for the years 1801 to 1805. Her account gained its visibility through an initial private printing in 1839, followed by the publication of a series of editions and reprintings that began in 1907 and ensured the book’s availability throughout the twentieth century. The vitality of Nugent’s descriptive account quickly made it one of the most frequently cited sources for studies of colonial society during slavery, and it became a popular choice for anthologies of travel writing and of diarising. 1

DRESS BY candlelight and set off for the race-course. General N., &c. on horseback; myself in the sociable. Took up three Spanish Town ladies on my way, Mrs. Hughes, and the Misses Rennalls; and asked others to breakfast. – General N. reviewed the Spanish Town militia, who performed exceedingly well, though it was ridiculous to hear the negroes, who were spectators, laugh at the Jew company when it fired, which it did very badly – “Now Massa Jew! Dat right! dat well, Massa Jew!” &c.

All the officers of the militia breakfasted with General N. at the King’s House, and a party of ladies with me at the Penn, and never was there any thing so completely stupid. All I could get out of them was, “Yes, ma’am – no, ma’am,” with now and then a simper or a giggle. At last, I set them to work stringing beads, which is now one of my occupations; and was heartily glad when their carriages came at 2 o’clock. I also drove to the King’s House, and sat listening to a cause in the Court of Chancery, between two slave merchants, and was not a little disgusted with some details that came out in evidence. – At half past Eve all concluded, and we got home to dinner soon after 6. – Mr. Wilkie, recommended by General Grenville to General N., dined with us. He is exactly like a man who has been buried and dug up again; so pale, lean, and miserable looking. Went to bed very tired.

A few days later, Lady Nugent notes in her diary:

Dress by candle-light, at half-past five. – The Admiral, &c. set off for Port Henderson, and we for Bushy Park estate, Mr. Mitchell’s, where we breakfasted in the Creole style. – Cassada (cassava) cakes, chocolate, coffee, tea, fruits of all sorts, pigeon pies, hams, tongues, rounds of beef, &c. I only wonder there was no turtle. Mr. M.’s delight is to stuff his guests, and I should think it would be quite a triumph to him, to hear of a fever or apoplexy, in consequence of his good cheer. He is immensely rich … He seems particularly indulgent to his negroes and is, I believe, although a very vulgar, yet a very humane man.

I don’t wonder now at the fever the people suffer from here – such eating and drinking I never saw! Such loads of all sorts of high, rich, and seasoned things, and really gallons of wine and mixed liquors as they drink! I observed some of the party, to-day, eat of late breakfasts, as if they had never eaten before – a dish of tea, another of coffee, a bumper of claret, another large one of hock-negus; then Madeira, sangaree, hot and cold meat, stews and fries, hot and cold fish pickled and plain, peppers, ginger sweetmeats, acid fruit, sweet jellies – in short, it was all as astonishing as it was disgusting.