Rastafari is a valid religion, Catholics are told 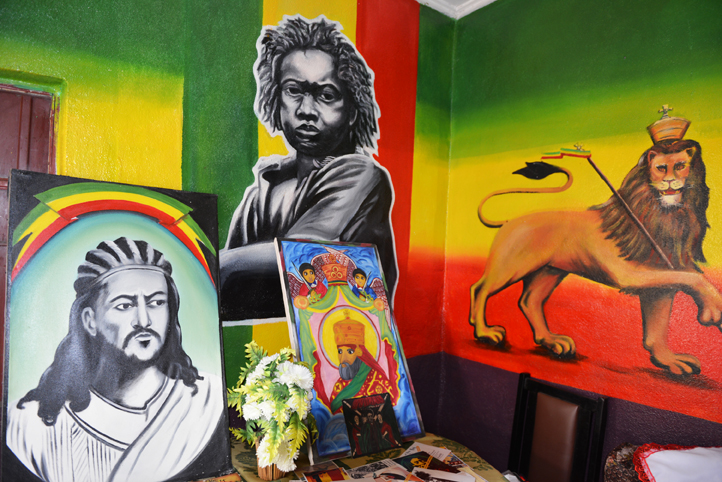 IT WAS a radical step: the Catholic Commission for Racial Justice, set up to advise Roman Catholic Bishops in England and Wales on how best to develop its ministry in a multicultural society, said they should start by recognising Rastafari as a valid religion.

The 10,000-word report gave an overview of the development of Rasta, including profiles of Marcus Garvey and Haile Selassie I, and a serious examination of Rastafarian theology. The report says: “The Rastafarian brethren have not developed a theology in the western sense of that term, namely a systematic conceptualisation of religious beliefs. However, through long hours of reasoning amongst themselves, they have developed a rich and sophisticated world-view based on their own religious convictions and practices . . .”
The report catalogues many examples of discrimination and prejudice towards Rastas – forced hair cutting in prisons, girls being banned by schools for wearing head wraps – and concludes: “It is not surprising then that Rastafarians see themselves are beset from all sides, persecuted by the police and other institutions of society and rejected not only by whites but also by some within the black community. The negative reaction which Rastafarians have met with . . . [is] based for the most part on fear and ignorance [and] it is an inadequate response to the movement which has captured the imagination of so many young blacks and satisfied, for some, the deep need for a sense of meaning and identity.”
In seeking a way forward, the report looks to the guidance of the Second Vatican Council and specifically from its ‘Declarations on the Relation of the Church to Non-Christian Religions’ (Vatican II Nostra Aetate October 28, 1965). In this document, the Council Fathers acknowledged: “We cannot truly pray to God the Father of all if we treat any people in other than a brotherly fashion . . . the Church reproves as foreign to the mind of Christ, any discrimination against people or any harassment of them on the basis of their race, colour, condition in life or religion.”
Consequently, the Commission made the following recommendations:
• Rastafarianism should be recognised as a valid religion and members and leaders of other religious groups should attempt to engage the proponents of Rastafarianism in dialogue with a view to mutual learning and understanding;
• Christian churches could consider allowing Rastafarians use of their premises;
• Christian Churches should ensure that their own institutions (schools, children’s homes etc) relate to Rastas with understanding rather than with attitudes based on fear, ignorance and prejudice;
• Rasta styles of dress should be accepted as authentic religious expressions and legitimate cultural forms;
• Home Office should revise advice to prisons so that they accord Rastas the same privileges as other religious believers;
• All authority figures should avoid harassment and discrimination against Rastas.
Footnote: it was not until November 2013, following an appeal to the Prisons and Probation Ombudsman, that Rastafarianism was finally added to the list of approved religions recognised in UK prisons.