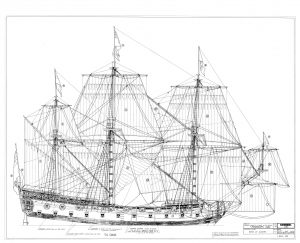 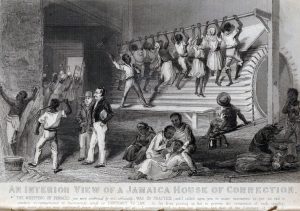 Lady Nugent dances with a negro, shocks her hosts and prompts fears of a rebellion

LADY NUGENT throws a fete for her servants and begins the ball by dancing with an old black servant which causes consternation amongst her white ladies in waiting who fear that such familiarity might breed rebellion.

Matthew Lewis on the cruellest proprietor that ever disgraced Jamaica

IN HIS Journal of a West Indian Proprietor Lewis recounts a notorious incident from 1788 when the owner of an adjacent estate ordered that a dying slave be carried to a gulley and left to die. The story became the subject of a popular song, Carry Him Along. 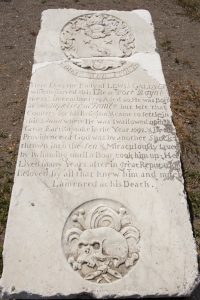 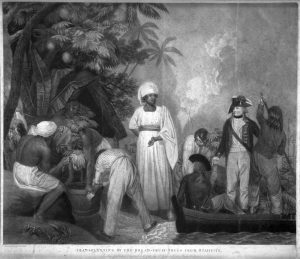 Bligh and the breadfruit: the role of botany in Empire

IN MY household, nothing speaks more powerfully to nostalgic memories of Jamaica than a freshly roasted breadfruit, its charred exterior peeled away to reveal the firm, sweet, yellow flesh. Eaten in segments doused in black pepper and melted butter, it is the food of the Gods. It’s almost as good the following day, refried, for breakfast. But breadfruit is not native to the Caribbean: like other exotic fruits which have become synonymous with Jamaica such as coconuts and mangos, they arrived as part of the imperial arms race around food security that accompanied the slave trade. When William Bligh, who survived one of the most infamous mutinies in British naval history on his first attempt to transport examples of this super food to the Caribbean, finally landed in Jamaica in 1793 on his second voyage from Tahiti with his cargo of breadfruit saplings, he was fulfilling a key role in the expansion of the British empire. 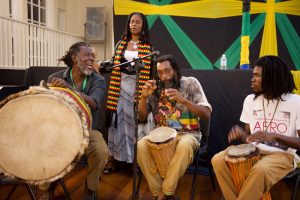 Report on the Nyabinghi Order by Frederico Philos

THE first recorded instance of the word ‘Nyabinghi’ (1) entering Jamaican cultural discourse that I can discover comes with the publication of an account of the Nya-Binghi Order in Ethiopia and the Congo in The Jamaica Times, published in December 1935, just a few months after Italy had invaded Ethiopia. The article is clearly a crude piece of Fascist propaganda written to legitimise Mussolini’s colonial ambitions in the Horn of Africa. Nevertheless, it was embraced by early Rasta leaders and given an alternative reading and interpretation which led directly to the formation of the Nyabinghi Order of Rastafari in Jamaica.

DAVID KATZ – author, DJ and reggae historian – describes the Ethiopian leader’s historic 1966 visit to Jamaica and the profound impact it had on the development of music on the island. 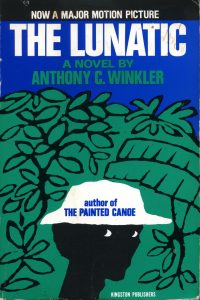 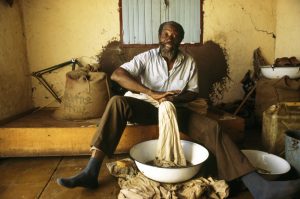