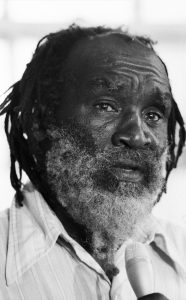 Treatise on the Rastafarian Movement by Ras Sam Brown

RAS SAM BROWN was one of the first Rastafari to publish a manifesto summarising the beliefs of the movement. He first came to public attention during the 1961 election campaign in Jamaica when he formed his Suffering People’s Party. Although he was not widely supported because many Rastas declined to be involved in ‘Politricks’, his influence was widespread and Leonard Barrett’s pioneering 1977 study of the movement, The Rastafarians, relied heavily on interviews with Brown.