Treatise on the Rastafarian Movement by Ras Sam Brown 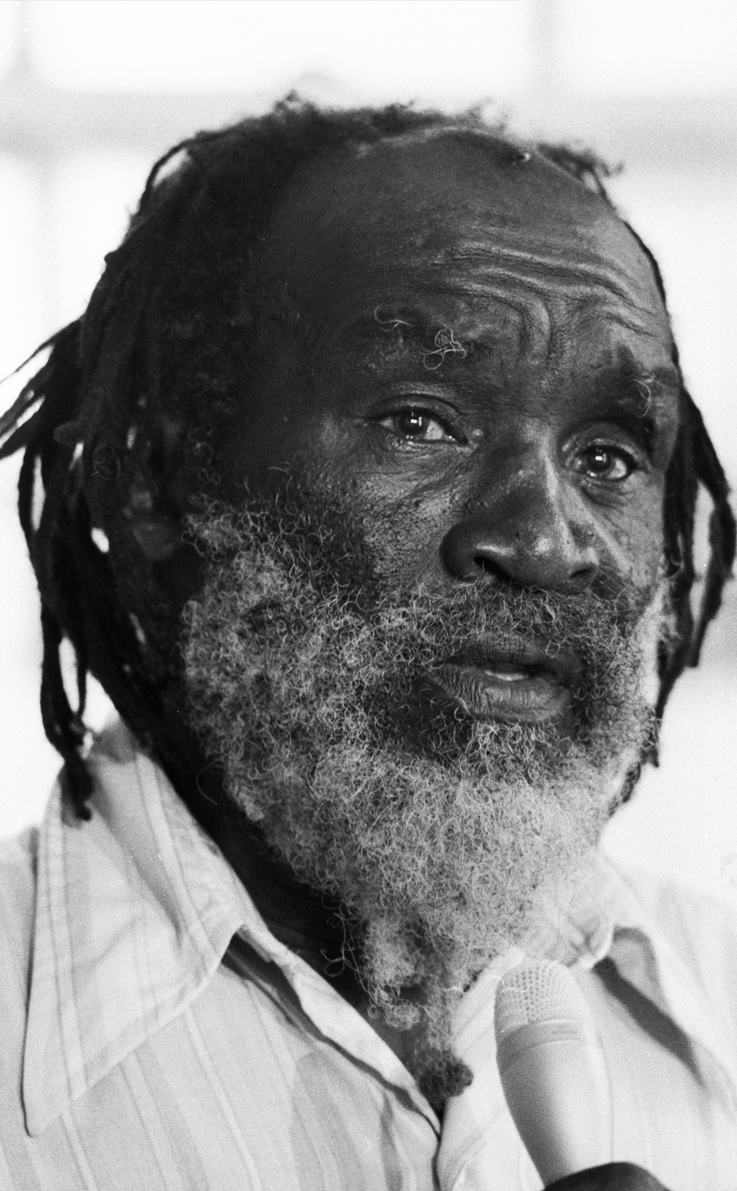 RAS SAM BROWN was one of the first Rastafari to publish a manifesto summarising the beliefs of the movement. He first came to public attention during the 1961 election campaign in Jamaica when he formed his Suffering People’s Party. Although he was not widely supported because many Rastas declined to be involved in ‘Politricks’, his influence was widespread and Leonard Barrett’s pioneering 1977 study of the movement, The Rastafarians, relied heavily on interviews with Brown.

Ever since Man has found himself the master of planet Earth, from primitive man till this time, he has always sectionally upheld some form of deification to a higher concept; every race of man has got their own form of worship unlike and peculiar to each other race or tribe. Gods are the creation of the inner consciousness of nations to deification of an individual. Elders and parents beget progenies who in turn carry on the perpetuation of such culture.

We in this case will give brief and concise account of the culture of Rastafari, its codes of law, etc. Unlike all orders of religion, the culture of Rastafari was not handed down from father to son as the people of Christendom. We who have perused the volumes of history knew that in this 20th Century a king would arise out of Jesse’s root, who should be a God (Almighty) for his people and a liberator to all the oppressed of Earth. We the Rastafarians who are the true prophets of this age, the reincarnated Moseses, Joshuas, Isaiahs, Jeremiahs who are the battle-axes and weapons of war (a Jihad, or Holy War); we are those who are destined to free not only the scattered Ethiopians (Black men) but all people, animals, herbs and all life forms. We are the vanguard of 144,000 celestial selectees who shall in turn free 468,000 millions particularly and the world at large. We are the disciples of Rastafari, who have walked with God from the time when the foundation of creation was laid, through 71 bodies, to behold the 72nd house of power which shall reign forever.

We now stands as the fulfillers of prophecy; we knew before that when a king should be crowned in the land of David’s throne that individual would be Shiloah, the anointed One, the Messiah, the Christ returned in the personification of Rastafari (on his vesture and on his thigh is a name written, King of Kings and Lord of Lords) see Rev. 19 :16. We also know the significance of Daniel, declaring from that time of this time, for I (far eye) beheld until all the thrones of Babylon was cast down and the ancients of days did sit (the bearded God), whose eyes were like flames of fire, the hair of whose head was like unto wool (matted hair), whose feet were like unto burning brass (black skin); and he treadeth the fierceness of the wine press of his wrath, to execute Justice and judgement on the Gentiles (the nations of Europe and their black allies). The scriptures declare God hangs in motor-less spaces surrounded by thick darkness, hence black man. God came in many bodies, to reign forever in Rastafari (the triple-crowned monarch), the Holy One of Israel whose ray of light shall finally dim the eyes of the dragon (advocates of Christendom), and through whose power all those of many nations who embrace the faith and uphold it laws shall live forevermore with God. We are those who shall right all wrongs and bring ease to the suffering bodies, and peace to all people. World warning: the seventh last vial of wrath is now uncorked, about to be poured on Earth.

The Rastafarians (Eternal Ones) possess the key to war and peace in the Universe. We the ransomed of the Fall who knows that heaven (Paradise) is the land of Ethiopia on the side of the north, who maintained Divine control over all mankind, who has handed down power unto the elect, whose forethought read the minds of men, rich and poor, great and small alike. For they are those who pass through great tribulations in Jamaica by the name Rastafari, and in other lands by different names. They are those that shall not take the beast by force (if you bow before force, God and History shall record your Judgement) of armament, but Word, Sound and Power. Rastafarians of all black people captured their power while the world of nations struggled for power; the glut of power that men and nations seek is foreign to the policy of the Rastafarians. Who draw his reservoir of strength through faith and humility, who through the fall of Zedekiah to this day has struggled to maintain our culture and dynasty throughout the reign of every foreign foe, the Rastafarian is he who bow the knee to God (Rastafari) alone.

We are those who obey strict moral and divine laws, based on the Mosaic tenets:

(1) We strongly object to sharp implements used in the desecration of the figure of Man, e. g., trimming and shaving, tattooing of the skin, cuttings of the flesh.

(2) We are basically vegetarians, making scant use of certain animal flesh yet outlawing the use of swine’s flesh in any form, shell fishes, scaleless fishes, snails, etc.

(3) We worship and observe no other God but Rastafari, outlawing all other forms of Pagan worship yet respecting all believers.

(4) We love and respect the brotherhood of mankind, yet our first love is to the sons of Ham.

(6) We do not agree to the pleasures of present-day society and its modern evils.

(7) We are avowed to create a world order of one brotherhood.

(8) Our duty is to extend the hand of charity to any brother in distress, firstly for he is of the Rastafari order, secondly to any human, animals, plants, etc., likewise.

(9) We do adhere to the ancient laws of Ethiopia.

(10) Thou shall give no thought to the aid, titles and possessions that the enemy in his fear may seek to bestow on you; resolution to your purpose is the love of Rastafari.